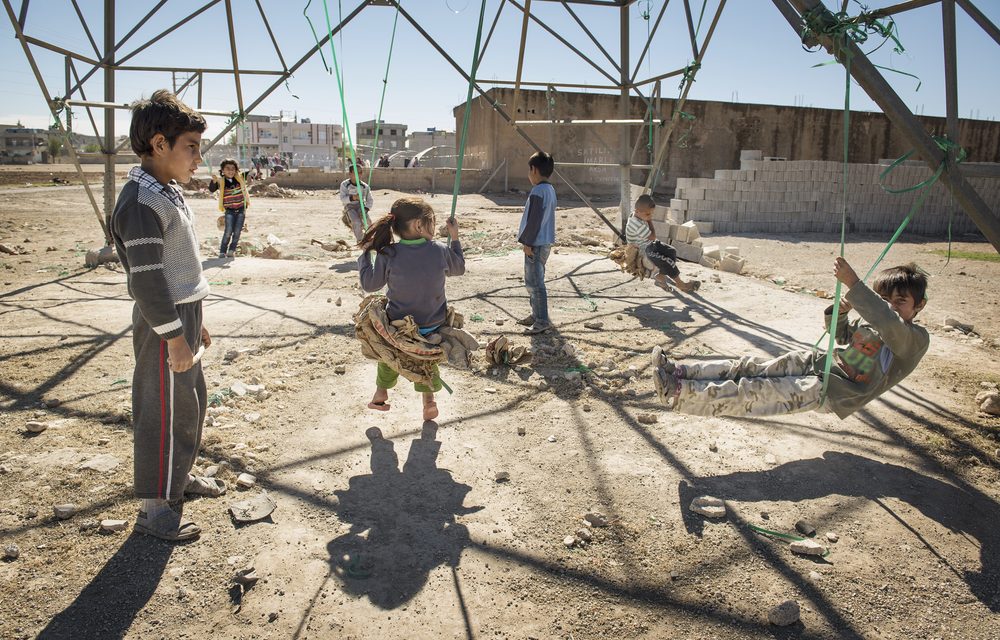 Does ongoing exposure to political violence prompt subject groups to support or oppose compromise in situations of intractable conflict? If so, what is the mechanism underlying these processes? Political scholarship neither offers conclusive arguments nor sufficiently addresses individual-level forms of exposure to violence in the context of political conflict, particularly the factors mediating political outcomes. We address this by looking at the impact of exposure to political violence, psychological distress, perceived threat, and ethos of conflict on support for political compromise. A mediated model is hypothesized whereby exposure to political violence provokes support for the ethos of conflict and hinders support for compromise through perceived psychological distress and perceived national threat. We examined representative samples of two parties to the same conflict: Israelis (N ¼ 781) and Palestinians from Gaza, East Jerusalem, and the West Bank (N ¼ 1,196). The study’s main conclusion is that ethos of conflict serves as a mediating variable in the relationship between exposure to violence and attitudes toward peaceful settlement
of the conflict

Over the past decade, some forty countries have experienced armed conflict. Leitenberg (2006) documents the impact of conflict through casualties across the twentieth century: between 1955 and 2000, forty-one million lives (many civilians) were lost to conflict and political violence. A high percentage of people in conflict zones suffer from psychological distress. Despite this, in almost every society engaged in violent conflict, there is at least a segment that supports continuing the conflict (Bar-Tal 2013). The political consequences of ongoing exposure of civilians to violence and their views of the conflict is a vital challenge.

heir views of the conflict is a vital challenge. This discussion fits into conflict scholars’ debate over whether institutions of violence and control prompt obedience or rebellion—the division is between studies of authoritarianism and conflict. We focus on the latter. Some scholars state increased violence diminishes upheaval by weakening opposition and convincing fence-sitters to eschew confrontation (Diamond 2002; McFaul 2002; Olson 1971; Ostrom 1998). Others posit the opposite linear relationship—violence encourages upheaval by creating conditions so unbearable that people believe only insurrection can work (Francisco 1996; Kalyvas 2006; Tullock 1971; Wood 2003; Longo, Canetti, and Hite-Rubin 2014).

This debate is relevant to intractable conflicts—persistent confrontations with violence, intensity, and durability (Bar-Tal 2013; Kriesberg 1993). In most such conflicts, civilians’ constant exposure to violence, and the resultant risk of death or injury, has severe psychological, economic, social, and political implications. The loss of life and property damage leads to massive economic costs as society becomes responsible for compensating victims and preventing recurring physical violence through massive military expenditures (Lifshitz 1998). The potential political impact of this prolonged conflict exposure is not clearly understood—does exposure to political violence encourage civilians to embrace conciliatory policies to end violence or does it harden political attitudes, fomenting militancy against an adversary perceived as aggressive and brutal?

Some rationalistic scholars present expected utility calculations reflecting the approach that when the costs of conflict are perceived as sufficiently high, parties will seek political solutions that will promise lower costs than continuing the conflict (Zartman 1989; Zartman and Touval 1985). The conflict is ‘‘ripe’’ for resolution when the two parties perceive a stalemate and when the costs of continuing the current level of violence are too high. Long-running violent conflicts are resistant to intervention, mediation, and negotiation processes (Ayres 2000; Coleman 2003; Graf, Kramer, and Nicolescou 2010). While the uncompromising position of parties involved may be attributed to the rational interests or values regarded as crucial to survival, their intransigence may be attributed to the cycle of violence characterizing intractable conflicts, with its many psychological implications (Bar-Tal 2013).