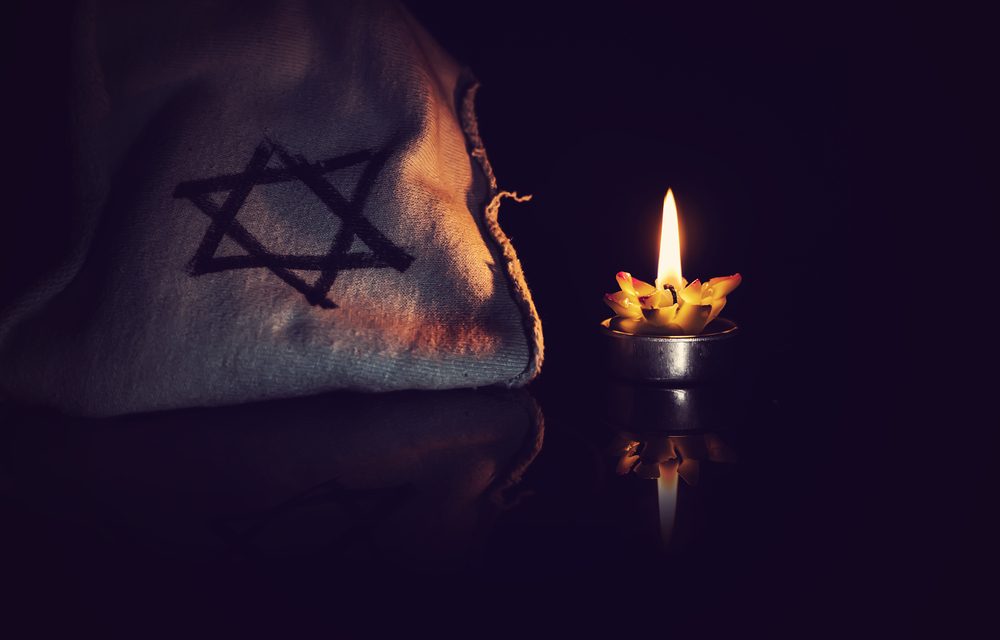 This research tested whether chronic or contextually activated Holocaust exposure is associated with more extreme political attitudes among Israeli Jews. Study 1 (N 5 57), and Study 2 (N 5 61) found that Holocaust primes increased support for aggressive policies against a current adversary and decreased support for political compromise via an amplified sense of identification with Zionist ideology. These effects, however, were obtained only under an exclusive but not an inclusive framing of the Holocaust. Study 3 (N 5 152) replicated these findings in a field study conducted around Holocaust Remembrance Day and showed that the link between Holocaust exposure, ideological identification, and militancy also occurs in real-life settings. Study 4 (N 5 867) demonstrated in a nationally representative survey that Holocaust survivors and their descendants exhibited amplified existential threat responses to contemporary political violence, which were associated with militancy and opposition to peaceful compromises. Together, these studies illustrate the Holocaustization of Israeli political cognitions 70 years later.

Collective trauma constitutes an earth-shattering, threatening episode in a group’s history that affects not only direct victims, but the entire community. Collective trauma can transform the way survivors perceive the world and understand the relationship between their group and other groups unrelated to the initial victimization (Vollhardt, 2012). Although the psychological wounds of secondand third-generation survivors are generally subtler and only infrequently rise to the level of diagnosable posttraumatic stress disorder (PTSD), these individuals may exhibit heightened individual and collective fear, feelings of vulnerability, injured national pride, and humiliation (Lifton, 2005). These distal effects of collective trauma may extend beyond the families of the original survivors and affect the entire community, even to the extent that the trauma becomes part of the national psyche, contributes to the creation of a national narrative, and serves as a prism through which current affairs are perceived and understood. According to Lifton (2005), survivors of collective trauma and their descendants often engage in “survivor missions” which entail the use of violence to rehabilitate feelings of injured national pride. Victims may displace aggression towards contemporary adversaries that are unrelated to the initial offense (Ein-Dor & Hirschberger, 2013), such that the pains and woes of past events become conflated with the current conflict (Lifton, 2005).

The Holocaust, which is the focus of the current research, is a traumatic event of such magnitude that some find it incomparable to any other tragedies or genocides. Although we agree that the Holocaust is unique in many respects, it is also emblematic of the all too common perpetration of genocide, a universal problem relevant to both victims, witnesses, and potential future victims. As eminent Holocaust historian Yehuda Bauer contends: “if the Holocaust is not a universal problem than why should a public school system in Philadelphia, New York, or Timbuktu teach it? … . Anything that happens once can happen again” (Bauer, 1979, p. 5). Though each instance of genocide has both unique and common features, the long-term effects of the Holocaust as the quintessential modern genocide may reveal the possible consequences of collective trauma on other people in other contexts. Because of the current embroilment of Israeli Jews in protracted intergroup conflict with its neighbors in the Middle East, and the implications of this conflict for the entire world, research on the psychological consequences of the Holocaust on attitudes toward this current conflict is of considerable relevance to the world today

Abstract: Experiencing stress and exposure to terrorism may have an adverse effect on health risk behaviors. Few studies have examined alcohol use among adults living in Israel under chronic, stressful terrorism-related conditions. In this study, we examined the...