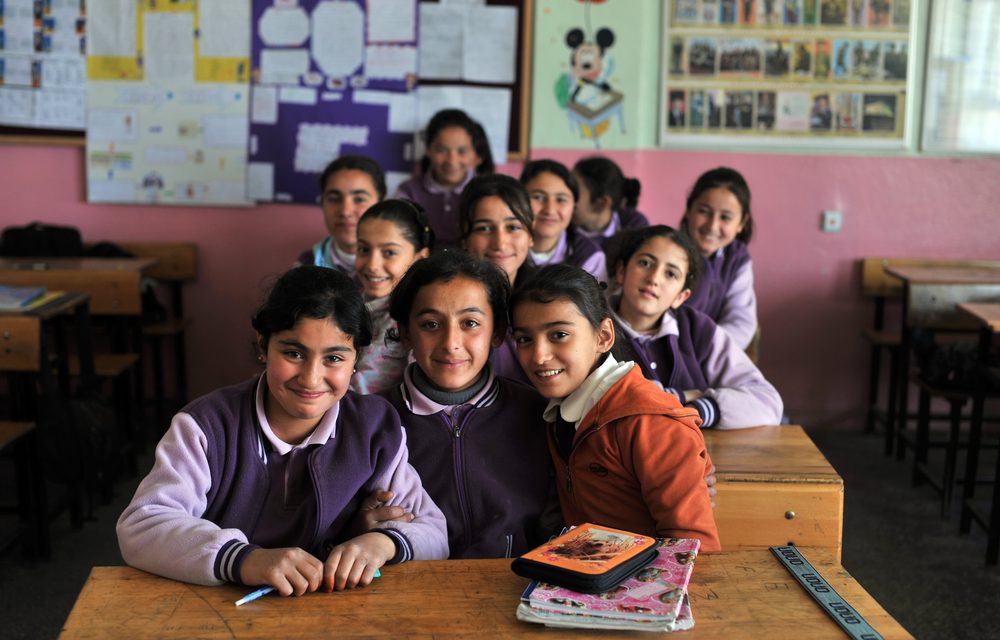 Objective: Adolescents living in Israel and the Palestinian authority are exposed to political violence. This review examines psychosocial risk factors for posttraumatic stress disorder (PTSD) organized within an ecological framework. Method: Relevant articles were identified through PubMed and PsycINFO. Studies measuring risk and/or protective factors for PTSD in the Palestinian and/or Israeli adolescent populations because of conflict exposure from 1990 to present were included. Results: A total of 20 studies met inclusion criteria. Greater violence exposure, poor economic resources, living in rural compared with urban areas, poor family and peer relations, and poor coping skills were associated with PTSD symptoms. Conclusions: The ecological framework is a useful approach to understanding factors affecting adolescent PTSD. Future research should focus on socioecological levels that have received limited attention.

There is little question that the century-old Israeli-Palestinian conflict is one of the deepest and most prolonged conflicts. It is protracted, violent, perceived as zero-sum, and imposes high material and psychological demands on both sides (Bar-Tal, 2000). Political violence has left thousands of casualties and wounded on both the Israeli and Palestinian sides. Violence has occasionally peaked, for example during the First Intifada (1987–1996) and again during the Second Intifada (2000 –2004). During this period, the conflict saw its most violent confrontations, resulting in more than 13,000 terrorist attacks throughout Israel (Spilerman & Stecklov, 2013). The political violence that took place during this period had profound psychological effects on adolescents (Pat-Horenczyk et al., 2009).

The most common psychological disorder studied following terrorism is posttraumatic stress disorder (PTSD; Galea et al., 2002; Hobfoll et al., 2011). The Diagnostic and Statistical Manual of Mental Disorders (4th ed.; DSM–IV), the nosology used during the Second Intifada period, characterized symptoms of PTSD into three main categories; the first involves “reliving” the event, in which the individual often experiences flashbacks, memories, or nightmares. The second category involves avoidance, which is inclusive of feelings of detachment or emotional “numbing,” as well as avoiding places, people, or thoughts that remind the individual of the event. The third category is arousal, which includes, for example, difficulty concentrating, hypervigilance, or irritability. These symptoms must last more than 1 month to qualify for a clinical diagnosis of PTSD (American Psychiatric Association, 2013). Chronic exposure to political violence is different than acute exposure in the nature of its accumulative effects and is associated with increased PTSD (Buka, Stichick, Birdthistle, & Earls, 2001; Nuttman-Shwartz & Shoval-Zuckerman, 2015).

The effect of chronic political violence extends beyond the psychiatric toll and has a detrimental cost to society. Ecological models are useful in identifying these impacts as well as the potentially modifiable risk and protective factors that can be incorporated into intervention strategies for prevention and treatment of PTSD (World Health Organization [WHO], 2013). Glass and McAtee (2006) provide a model that incorporates both social and biological processes within a life-course perspective to shed light on how the social and structural environment plays a role in the development of ill physical and mental health. It is useful to apply this model to adolescent populations exposed to ongoing trauma given its developmental perspective. Specifically, this model outlines multilevel determinants of health situated on the global, macro, mezzo, micro, and individual levels. We discuss how social ecology is affected by political violence, is involved in normal adolescent development, and how chronic exposure to political violence can disrupt this development.

2000). Adolescence is a critical period of physical, cognitive, and social development. Chronic exposure to political violence may disrupt normative development and lead to lasting neurocognitive, psychosocial, and psychiatric consequences (Blum, Astone, Decker, & Mouli, 2014). Chronic trauma exposure is disruptive to adolescents’ social context, which may affect normative development. One potential pathway is through an influence on parents and parenting practices. Some parents might need help learning how to cope with their child’s trauma, because they are likely to experience feelings of guilt and sadness. Some parents might themselves be traumatized, which can affect adolescents’ mental health. A recent meta-analysis of 32 studies showed that parents’ PTSD symptoms are associated with increased symptoms in children (Morris, Gabert-Quillen, & Delahanty, 2012). Chronic trauma exposure can also affect biological systems and brain development during adolescence, which is a stage of neural plasticity, leading to increased risk-taking behavior and poor coping with emotional stressors (Taylor, 2010). Few studies have explored the effects of traumatic stress in adolescence on behavior, hypothalamicpituitary-adrenal (HPA) axis function and the relative vulnerability to PTSD in adulthood (Li et al., 2015).